Through the lens of popular white performance and theater, this conference explores the ways in which slavery and race were imagined and debated in the metropoles in an age of significant intellectual and political change (1770-1830). Being the most popular venue of its time, the theater was a political arena in which topical matters were discussed. Not only did theater reflect contemporary social and political dynamics, it was a site where alternative narratives were invented and broadcasted. Performances in New York, London, Paris or Amsterdam have challenged authorities and confronted broader audiences with abolitionist ideologies. A new obsession with bodies of color in the visual arts, however, simultaneously resulted in exoticizing entertainment and blackface caricatures on the very same stages. Indeed, imperial formations did not only rely on excessive colonial violence, but also on the circulation of cultural productions that envisioned and secured racial hierarchies.

This conference therefore not only concentrates on the role of theater and performance culture in the spread of abolitionist ideologies and narratives, but also on how these productions (re)established colonial power relations and how theater became a proxy for blatant racist and imperialist exploitations of the colonized and enslaved body. Moreover, it aims to investigate the implications of boundary-crossing discussions about this theme and to move beyond the national framework of analyses that otherwise narrow the understanding of our colonial past and present. 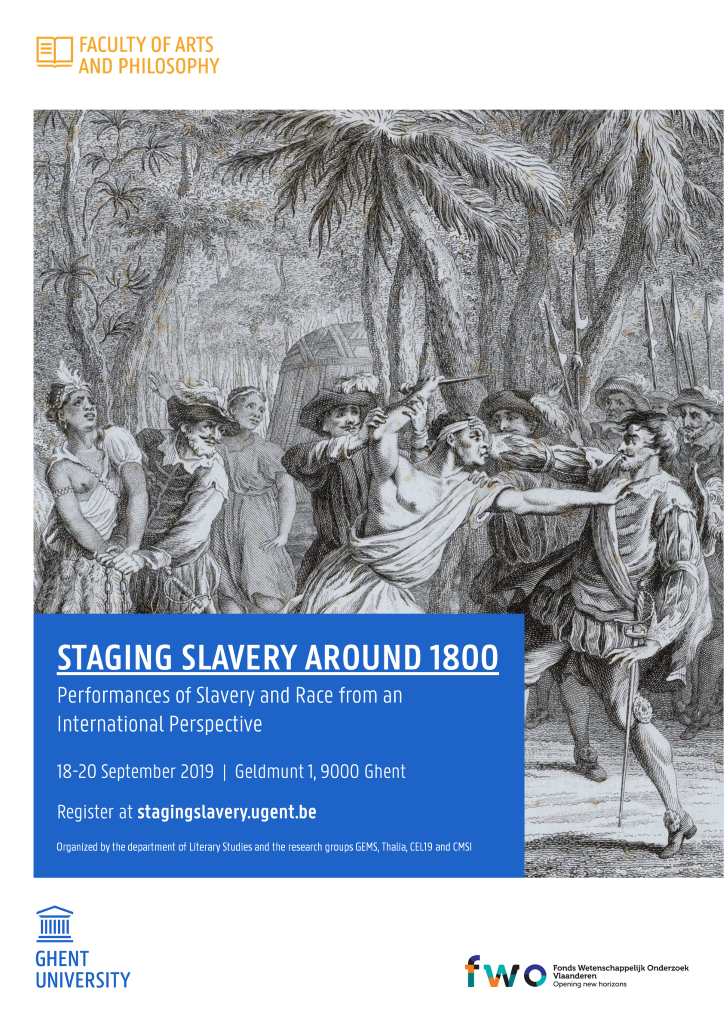